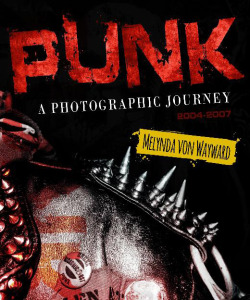 ‘Hidden deep in the furor/What we do is secret.’

Shouting those lines, Darby Crash of the Germs sketched out an alluring vision of punk. It was a raucous musical underground, a chaotic cult formed by self-selecting initiates dedicated to effrontery and outlawry. But how could punk be secret? Darby Crash was declaring it out loud, on stage, on record, on film.

Romantics like the idea of punk as a clandestine movement, fleetingly articulated in its pure form in tiny clubs in London, New York, or Los Angeles. You had to be there—right there (prods at map), right then (prods at calendar).

Realists suggest that what made punk distinctive was that it was so transmittable; the moment of origin isn’t as important as the way punk spread, the way it’s been continually reinvented for forty years. How you see punk now, after decades of dissemination, depends on which of the two options, romantic or realist, you choose; just like the ‘Hates/Loves’ T shirt that Malcolm McLaren and Bernie Rhodes cooked up in 1976.

In the first academic book on punk, Subculture: the meaning of style (1979), Dick Hebdige defined punk as ‘a genuinely secret subculture of working–class youngsters’ intent on resistance and defiance. Broadcasting this secret was the beginning of the end, ‘the simultaneous diffusion and defusion of the subcultural style’. The punks at ground zero were inventive prophets, anyone who came afterwards was a wannabe. Or, as Hebdige rather snootily put it, ‘The distinction between originals and hangers-on is always a significant one in subculture’.

Personally I was definitely a hanger-on, so I’ve always preferred those who discovered rather than invented punk. The ones who desired something they couldn’t quite name but knew it, almost blindingly knew it, when they saw it. ‘I go to see my first proper punk group’, wrote Jon Savage in a 1976 diary entry. ‘I know what it’s going to be like. I’ve been waiting for it for years … It all fits. Somewhere new to belong.’

Years ago, as I commuted to work, I used to read a message sprayed on a factory wall next to the railway line in Richmond; ‘No one invented punk’. One of the best analyses of punk I’ve come across. Of course someone has to do it first but a lot of the time they don’t really know what they’re doing until someone else (maybe even a hanger-on) shows them. Richard Hell once complained that he was the first to wear a torn T shirt, that Malcolm Mclaren had pinched his idea. Then he paused and said, ‘But at least he did something with it’. Right. No one invented punk and no one owns it. It’s an invitation to act, not a set of rules.

I used to hate those ‘Punk’s not dead’ T shirts that started appearing in the early 1980s. They just seemed misguided, as if there was a specific 100-Club-summer-of-1976 version of punk that had to be put under a glass dome. Or redundant, because punk was all about dissemination and reinvention, especially in the provinces and suburbs. Rowland Howard’s remark that Melbourne’s Boys Next Door were attracted to punk because they ‘liked the pictures’ in the New Musical Express might have been sarcastic (always hard to tell with Rowland) but it accurately told the story of punk’s global spread.

What has kept punk alive, vibrantly and inventively alive, these past four decades is the fact that it’s become so comfortable with a new idea of what culture is. In the early 1960s, Raymond Williams dropped the capital ‘C’ from culture, walked away from museums and masterpieces, and declared that there was no such thing as an ordinary activity. Culture was a way of life and ‘art is ratified, in the end, by the fact of creativity in all our living’.

Ultimately, that’s what Melynda von Wayward’s Punk journey traces, the recognition that subcultural style is about making a map of what matters in your life, not about the preservation of an historical moment. That map might consist of pictures stuck on a bedroom wall, a T shirt, a haircut, a tattoo, a Facebook post or a tweet. The fact that all of these combine into a lived experience is what makes dissemination a positive force. The map is both purposeful (it’s shows what Williams called a ‘pattern of culture’) and emotional (it reveals a ‘feeling for life’).

And so, in the end, Punk journey unveils punk’s deepest secret; as Exene Cervenka said many years ago, ‘We punks, we’re a family’.