It’s hard to avoid surrendering to the economy of the ‘take-away’ when reflecting on a presentation. What’s it all boil down to?  Can you give it to me in a nutshell?

So I want to begin with Branden Joseph’s method, not the punchlines.

Joseph approached Kim Gordon as he does most everything; as an archaeologist with an eye for strata and detail. Faced with an artist-critic who hadn’t kept copies of her early publications, his immediate task was ‘track it down and find it’. Unpacking an installation and text project involving appropriated advertisements from 1970s women’s magazines, Joseph trawled the internet for back issues; ‘I wanted to get the original’. Mentioning critic Leo Steinberg’s 1972 dig at Clement Greenberg—to the effect that automobile design had achieved the aesthetic synthesis craved by formalism—Joseph’s PowerPoint slide presented a 1972 Gran Torino. The moment, the data, the grain of history had to be in place before the artist’s gestures were unpacked.1

Which makes ‘Art and dirt’ a companion piece to Joseph’s earlier article ‘1962’; a close reading of the relationship, personal and artistic, between Andy Warhol and Emile de Antonio.2 Anyone looking for a paean to Kim Gordon’s all-round coolness would have been disappointed (in any case, that’s the job of the New Yorker and the Daily Beast these days). What Joseph wanted was a closely-drawn map of a set of relationships and practices, hovering around downtown Manhattan and the year 1980. So closely drawn that the action focused on a specific address; Dan Graham’s Eldridge St apartment, where Gordon, operating under the rubric of Design Office, undertook a near-ambient makeover of her downstairs neighbour’s space. 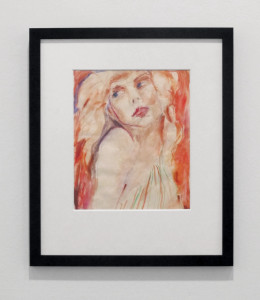 This project—primarily the installation of a ‘designer Italian’ floor covering and the hanging of glam watercolour portrait of Debbie Harry—allowed Gordon to play with key terms in the vocabulary of modernist design. The ‘impurity’ of Gordon’s gestures rested on her identification of the growing ambiguity of concepts like ‘function’ and ‘ornament’. Once strictly-policed components of a purist vocabulary, these words took on new, ‘dirty’ meanings in a culture shaped by performative identity (Harry) and commodity fetishism (Pirelli flooring). All the more so in the apartment of Graham, whose writings were highlighting the subcultural semiosis of punk.

Joseph circled carefully around locations, moments and mentalités; some of them so localised as to seem almost community-based. Gordon appeared as something of a go-between; bridging the site-specific conceptualism of Los Angeles (John Knight, Michael Asher) and the nascent postmodernism of late-1970s New York.

But more than that, Joseph demonstrated how Gordon directed a distinctly American postmodernism (Oedipal assaults on Greenberg, the ‘anthropological’ wing of conceptualism, the post-pop semiotics of Robert Venturi and Dan Graham) towards understanding the disruptive, but deeply romanticised, realm of the art-rock music underground. Gordon’s career as an artist was, as Joseph noted, interrupted by her stint as a rock star. But it had progressed sufficiently to bring a much-needed critical consciousness to grunge, the eminently-marketable ‘dirt’ of the 1990s.

A version of Joseph’s presentation will be published by White Columns gallery, NY, in a forthcoming catalogue of Kim Gordon’s work. White Columns staged a ‘Design Office’ retrospective 7 September–19 October 2013.

This forum was presented by the School of Culture and Communication, University of Melbourne, in association with Discipline journal, Gertrude Contemporary, and Liquid Architecture.