While the starting point for this piece was a news story on Citroen’s ‘Picasso’, its unfolding had to do with a sense of frustration at the simplistic ways in which capital letters and scare quotes were being applied to culture, Culture and ‘culture’. 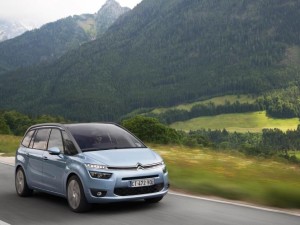 Earlier this year [2000], a minor media controversy erupted in France when Citroen released a new model, dubbed the Picasso. Although the use of Picasso’s name had been authorized by his heirs, there were complaints that his artistic legacy would be demeaned if his named were attached to something as quotidian as an automobile. But far from trivializing art, the Picasso model acknowledged Citroen’s consistent affiliation with high-brow culture. When the Citroen DS was launched, in 1955, it was hailed as more than an exercise in industrial design. The literary critic, Roland Barthes devoted a section of his germinal text on popular culture, Mythologies (1957), to an analysis of the vehicle, using it to rehearse the new language of semiotics. Now we are all amateur semioticians, able to read the subtle tribal signals of subculture; we recognise the DS, alongside the early model SAAB, as the preferred vehicle of the middle-class bohemian. 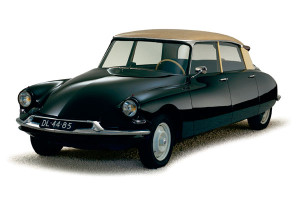 Such are the apparent contradictions that arise when high and low culture meet. But this is no exception proving a larger rule; the Picasso in the driveway is not the aberration that proves the incontrovertible superiority of the Picasso in the museum. On the contrary, contemporary experience is riddled with such categorical confusions. The commonplace becomes the aristocratic, an elite finds its values affirmed in the everyday. As much as debate on high and low culture seeks to affirm their difference, increasingly what emerges is a recognition of their equivalence. Just last week [at a forum at the NGV], the architect Daniel Libeskind suggested that contemporary museum designers could learn a lot from shopping malls. Among the most successful museum blockbusters of recent years was the Guggenheim’s ‘The Art of the Motorcycle’. And, as Frank Gehry’s Bilbao Guggenheim has shown, a visit to a museum is no longer an occasion of quiet contemplation, but rather an investment in the spectacle of tourism and consumerism.

Telling contrasts? No. Cheap shots, every one of them. Understanding culture today isn’t about defending the enduring against the ephemeral, or the masterpiece against kitsch. Nor is it about adopting a ‘trash aesthetic’ to turn lead into gold. Is Jet Li the new Nureyev? Is Baz Luhrmann’s Romeo + Juliet (1996) real Shakespeare? Would Dylan’s lyrics pass for poetry? All are pointless questions, reeking of paranoia and overcompensation. The real risk today is not that popular culture will put paid to capital-A Art, but that efforts to preserve a distinction between high and low culture will blind us to the challenge of their imminent union. Lou Reed’s proto-punk band, The Velvet Underground, was once described [by Ellen Willis] as ‘anti-art art made by anti-elite elitists’. The reversal and repetition identifies the rhythm of contemporary culture, the constant tease characteristic of a system able to offer art to all but afraid of the consequences of doing so.

Once, in the mid-nineteenth century, there was a time when high culture was seen as equivalent to civilization. And, more recently, in the early twentieth century, there was a time when art’s very purpose seemed to rest on its ability to distinguish itself from popular culture. But now, just about any music video is riddled with the techniques of avant-garde cinema and any half-way decent sit-com is shot through with Brechtian winks and nods. As for the visual arts, over the last fifty years its relationship to popular culture has been a bulemic pattern of binge, purge and denial.

High and low have fed off each other—cynically, lovingly, guiltily—for decades. So why the fuss? Because the ability to position oneself within a cultural hierarchy remains one of the most effective measures of social distinction. You can call Australia an egalitarian society, but wheel in culture and watch the gulf between the aristocrat and the pleb open. Identity is inseparable from social status, which, in turn, rests on one’s access to cultural capital. This throws a spanner in the works of a culture industry in which economy necessity and public policy alike demand populism. Seek a broader audience and you’re accused of dumbing down art. Allow that all cultures should be assessed on their own terms and you’re beyond the pale of a cultural policy still making a fetish of excellence. Cultivate a narrow, specialist audience and risk losing your funding. Hover somewhere in between and enter the limbo of what the American critic Dwight Macdonald called ‘Mid-Cult’.

The real challenge in all of this is to resist the temptations of nostalgia and the easy security of good taste. Whatever the laments of the grumpy-old-man and young-fuddy-duddy schools of criticism, a return to ‘standards’ is no solution; it merely wishes the problem away. I’m happy to list Schoenberg alongside the Sex Pistols among my memorable musical moments, and I’m not at all disappointed that knowing what ‘schadenfreude’ means adds nothing to my enjoyment of ‘Australia’s Funniest Home Videos’. The real pleasure lies in the density of culture generated by the meeting of high and low, as opposed to the simplicity on offer in their separation.