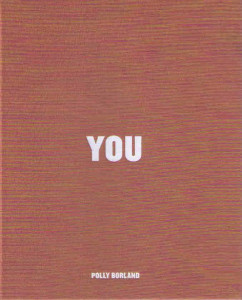 Tony Clark’s essay for Perimeter Editions’s slim volume on Polly Borland, You,  is a fine example of a big statement in a small essay. ‘Any proper study’ of recent Australian art, he declares, ‘would have to examine, in detail, the role of the opportunity shop’. ‘Every significant Australian artist of the last half-century has been influenced—in some cases formed—by these places, which were their museums and their Antiquity.’ For Clark, suburban op shops overflow with surrealist juxtapositions, the readymade, pop camp and melancholic nostalgia.

Can’t argue with that: I love the smell of mothballs in the morning. I’d even go a step further. A distinctive characteristic of Melbourne artists is that they treat museums as if they were op shops. See, for example,  the eccentric responses to the question, ‘What’s your favorite work in the National Gallery of Victoria?’, in the Melbourne now catalogue.

Purchase a copy of You from Perimeter Editions.