The first time I heard …

The Ramones, ‘Beat on the brat’  (1976) was on a clock radio in a boarding school in Melbourne sometime early in 1977. The radio was tuned to what was then 3RMT FM, the educational-license FM station of the Royal Melbourne Institute of Technology (RMIT) … precursor to 3RRR. Good old-fashioned epiphany. In his England’s dreaming, Jon Savage reported the impact of attending his first Clash gig by quoting from his diary : ‘I know what it’s going to be like. I’ve been waiting for it for years’. Not putting myself on the same level as Savage but I know just what he meant. 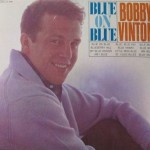 Bobby Vinton, ‘Blue on blue’ (1963) was on a car radio driving down to the Mornington Peninsula in the mid-1980s. The radio was tuned to 3MP, an AM easy-listening station that has since mutated into Magic 693 and finally into its current incarnation as Magic 1276. I was struck by the eerie, anti-pop character of the song. As its title suggest, the protagonist is sliding deeper and deeper into post-break up melancholy. Downbeat, even discordant, with no redemptive element (lyrically or melodically). Later I learned it was a Bacharach-David composition. I remember seeing Richard Carpenter at the keyboard in a television documentary, talking the audience through the odd time signature of another tune; ‘Very Bacharach’, he said. Yes.

Sonic Youth, ‘Teenage riot’ (1988) was on transistor radio in a kitchen in St Kilda. I was washing dishes; possibly the least rock’n’roll activity one could undertake (even ‘filling in my tax return’ sounds more plausible). The radio was tuned to 3PBS FM, so the physical LP was being played about two blocks away even if the signal had bounced out to Mt Dandenong and back again before I heard it. Another epiphany, but by this stage, I was sufficiently self-conscious about consuming popular culture to think about the mirroring in the song (singing about pop songs about juvenile delinquents) and the irony that I was doing that will cleaning up my flat. Most postmodern. 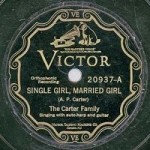 The Carter Family, ‘Single girl, married girl’ (1927) was on a stereo tuned to the New York University FM radio station in my apartment in the East Village in 1990. A lot of mixed signals here. The song itself was like a voice from a burning bush. But I was living two blocks from CBGBs and desperately hoping that New York might deliver what it had in the 1970s (or, frankly, what Boston had the year before). But if Sonic Youth at the Roseland ballroom was a train wreck , Bill Munroe at the Lone Star Café was an audience with the pope. I resolve all this by telling myself that there isn’t a huge distance between country and punk.

The voice of God was in the prelude to Schoenberg’s Moses und Aaron (unfinished, first staging 1957) at the Lincoln Center in 1990, sitting in the cheapest seats at a New York City Opera production. The voice from the burning bush, again. This time six voices, male and female, rather than a hillbilly family in a hotel room in Bristol Tennessee. Shimmering sounds, incommensurate with each other. The most convincing representation of the other worldly I’ve ever heard. Just not as good as Bill Munroe.